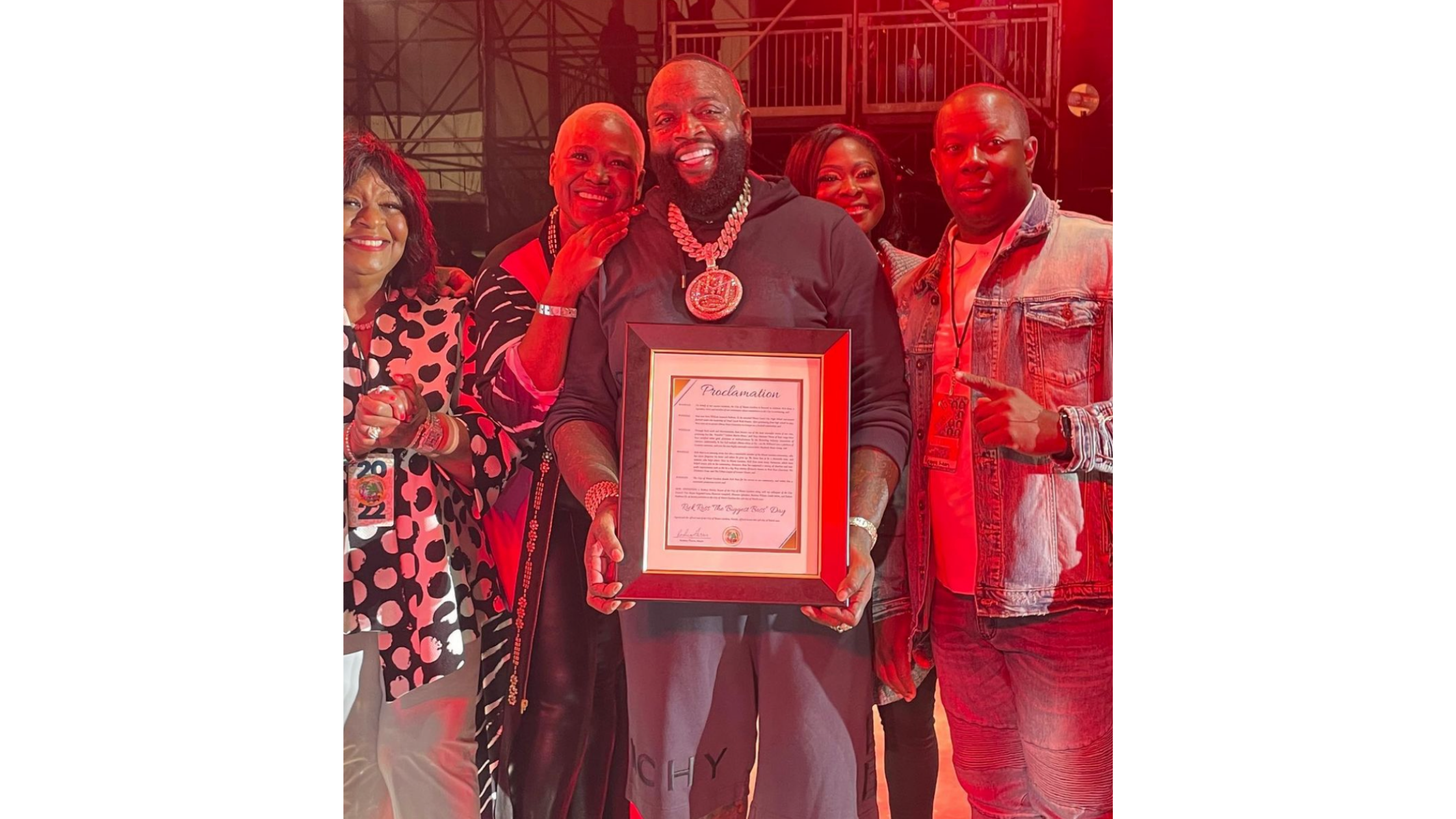 “The Biggest Boss Day” has been declared on March 13th after his performance at Jazz in the Gardens. Celebrating that day could include anything from a community service event to a concert, said Miami Gardens Councilman Robert Stephens III.

According to Miami Herald The proclamation notes that he owns “many businesses” in Miami Gardens including a Checkers on 27th Avenue and 183rd Street, which he used to frequent after football games in high school.