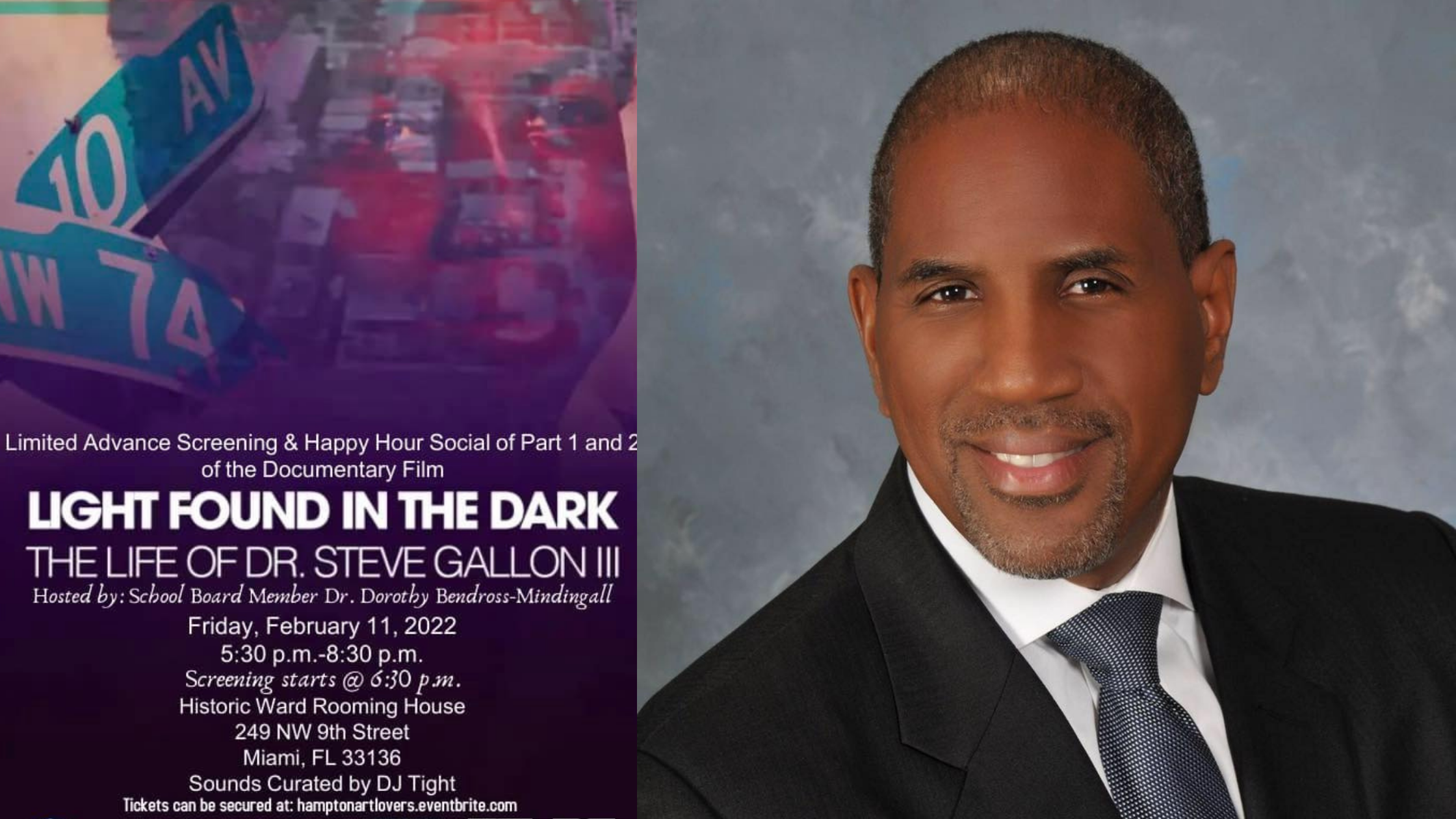 Part one and two will be shown at a screening on February 11th at the Historic Ward Rooming House in Overtown. The free event kicks off at 5:30pm with a happy hour and the film will begin it’s showing at 6:30p.m. The event will be hosted by fellow school board member, Dr. Dorothy Bendross Mindingall, with popular mixer, DJ Tight, curating the sounds of the evening.

Titled “Light Found in the Dark: The Life Story of Dr. Steve Gallon III,” the film will show how the school board leader overcame the struggles of the Liberty City streets of the 1980s to him becoming School Board Vice Chair and all the highs and lows in between.

According to a 2020 article by the Miami Times, part one of the film shows Gallon’s life as it frames the struggle of young Black males decades ago and their continued struggle today, regardless of their place in society, in order to avoid pitfalls which lead to prison, poverty or early death. Gallon believes the documentary will resonate with everyone because anyone can find light in darkness, a reference to the title, but more specifically, he hopes young Black children and teens can take something positive from the film.

“I had setbacks, but what was the process and the circumstances that allowed me to get back up and persevere? I want them to see the outcomes of decision, grace, the spirit of resilience and having a sense of purpose,” he said to the Miami Times.

This event will be the first time people will get to view part two of the documentary, something Gallon said many people had been anticipating since debut screening of part one in 2020.

Gallon executive produced the film and worked with local media professionals, director, Arvis Lawson, and producer and editor, James Mungin. Gallon shared that tickets were going fast and he encourages anyone who wants to attend to RSVP soon.

To attend you must RSVP via Eventbrite. Limited seating available.

Check out the trailer for the film below.