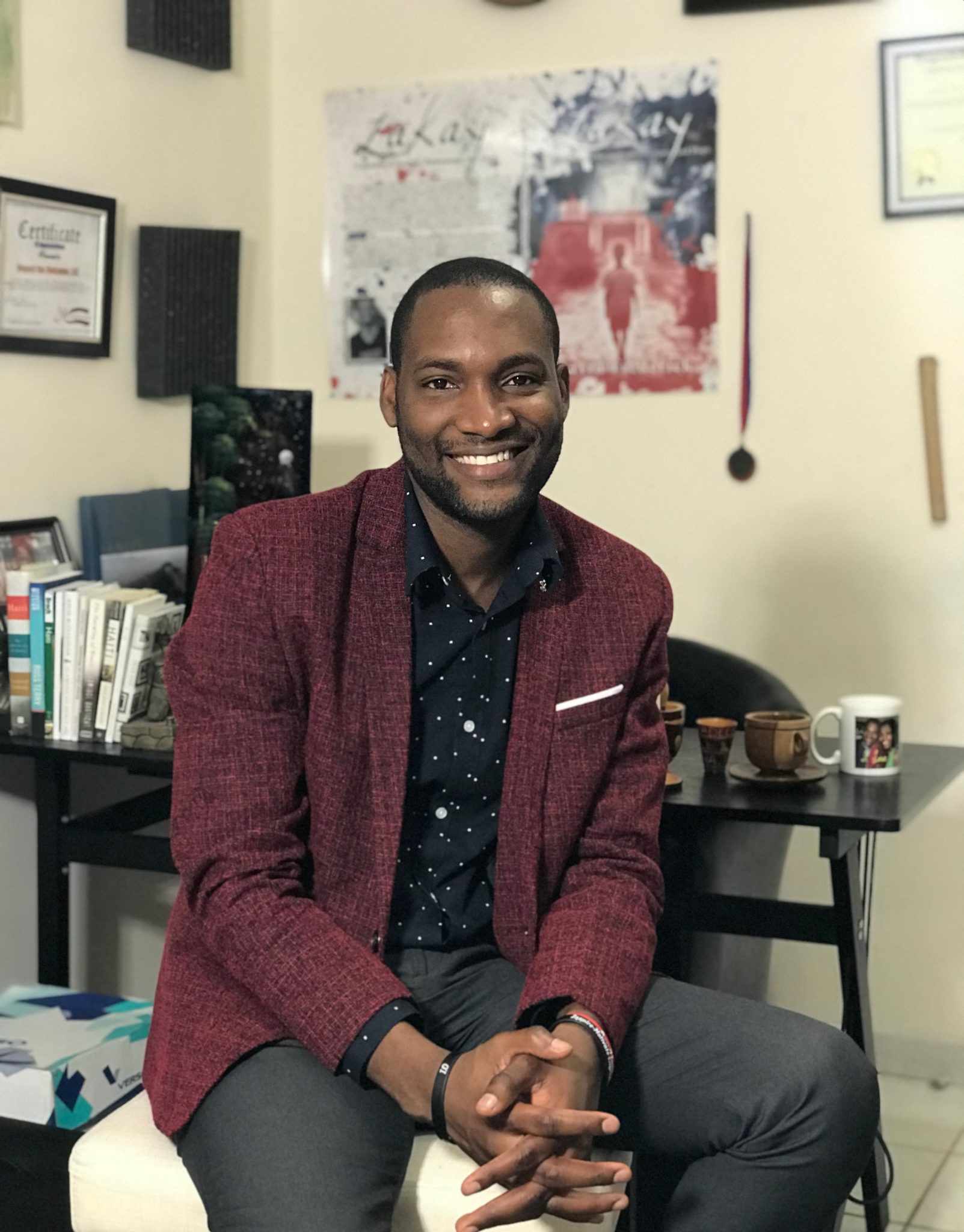 This article was originally published for Refresh Miami‘s Black Miami Professionals in Tech Series in partnership with Hy-Lo News.

Guided by the goal of sharing with the world stories of people of color, entrepreneur David Frederick set out to create a podcast network with bilingual storytelling. The new venture, which goes by the name Audastio, aims to raise $50,000 this month via Kickstarter. Frederick, the CEO and founder, hopes to raise money to cover basic expenses like cover art, production, and creation of a whole set of podcasts, including podcasts in Haitian creole and Spanish. Audastio prides itself on entertaining and informing communities left out in today’s podcast landscape.

Audastio’s current roster of podcasts includes Own Your Future,  Finance for the 99%, The Law of the Land, and Kwonik Yon Dayiva. Audastio is co-founded by Francky Jean, a professional filmmaker, and its podcast hosts come from diverse backgrounds and are brought together by their shared belief in working hard, embracing creativity, and making the podcast industry more inclusive.

Janey Tate interviewed Audastio founder David Frederick (pictured above) about why he chose crowdfunding to build his network, how his Haitian heritage fuels his business and his mission to create a more inclusive podcast community. Questions have been edited for clarity.

Janey Tate: What is the mission of Audastio? Why did you create this startup?

David Frederick: I came to this country as a non-English speaking undocumented immigrant. Through my native language, Haitian Creole, my voice was the paintbrush. However, I first had to learn English to tell my story because very few understood what I was saying. On that journey to reconnect with myself, I wrote my autobiography, Lakay. Then, I realized that many people were genuinely curious to learn about me and my story. On that road, I also encounter others just like me with stories to share.

With the exponential rise in the podcast industry’s popularity, this medium seems the most fitting for sharing their stories with the world. However, something was missing. It seemed to me that most podcasts’ stories were narrow in their ideas, production and focus. As a storyteller and published author, I believe everyone should have access to tell their story in their own language and their own voice. And suddenly, I realized I could make that happen with Audastio.

Janey: Oh that’s what’s up! So tell me, what sets Audastio apart from other podcast production companies?

David: First and foremost, we are the first podcast platform company that is multilingual. That sets us apart from many other podcast production companies.  Another key distinction is the fact that we are intentional about the issues the industry has been facing for a long time regarding diversity and inclusion. We understood from the very beginning, to increase diversity in podcasting, more minorities and women need to join the industry both as creators and executives. On the other hand, there needs to be an increase in diverse audiences. So Audastio is trying to tackle this problem from both fronts.

Janey: Tell me a little bit about yourself. Where are you from? What’s your professional background?

David: I am originally from Saint-Marc, Haiti and have been living in the US for 13 years. I am the published author of Lakay: A Journey of Struggle, Perseverance, and Hope. Lakay leads readers through glimpses of my life in Haiti amid growing social unrest and government corruption as well as my life as a new immigrant to the United States. I am currently a flight attendant for a major US airline and I have just been recalled to go back to work after being furloughed for 5 months, which has been a blessing in disguise because these past few months allowed me to really focus on building this company and bring a group of passionate people together to drive our vision forward. I’m also very grateful to have a beautiful family of five, my wife and three handsome boys, that kept me sane during this pandemic.

Janey: Family is everything especially during this past year…. So, you are raising money for your company. How is that going? And why did you decide to go this route for funding for your company?

David: Yes, we are currently doing a crowdfunding on Kickstarter and our team is working tirelessly to reach our goal. Audastio has worked since its inception to bring storytelling to anyone at any time in any place. We decided to go this route because we believe in the power of the collective. We want the first chapter of Audastio to be written by everyone who wants to listen to new stories, fresh voices, from people all around the country and the globe.

Janey: God bless with that goal…. David, will your company be innovative in regards to tech? If so how?

David: We will. One way we intend on doing that is to connect the creator with the listener and do so seamlessly. Our platform will not just be about creating content, we want to connect the creators with the right listeners, either in the form of their native languages, specific type of subjects or interests, and vice versa.

Janey: I like that you will provide podcasts in different languages. Were you intentional in doing that?

David: Yes, since the inception of Audastio, I wanted us to be multilingual. I give credit to being in Miami and the diversity that reflects in the city. You can’t come to Miami and not hear English, Spanish, and Haitian Creole. Those languages are part of our daily reality and if we want to connect with everyone and be more inclusive, language is where we begin.

The Audastio campaign runs through March 29th. Click here to contribute to the Audastio Kickstarter campaign and learn more about the company at new.audastio.com.