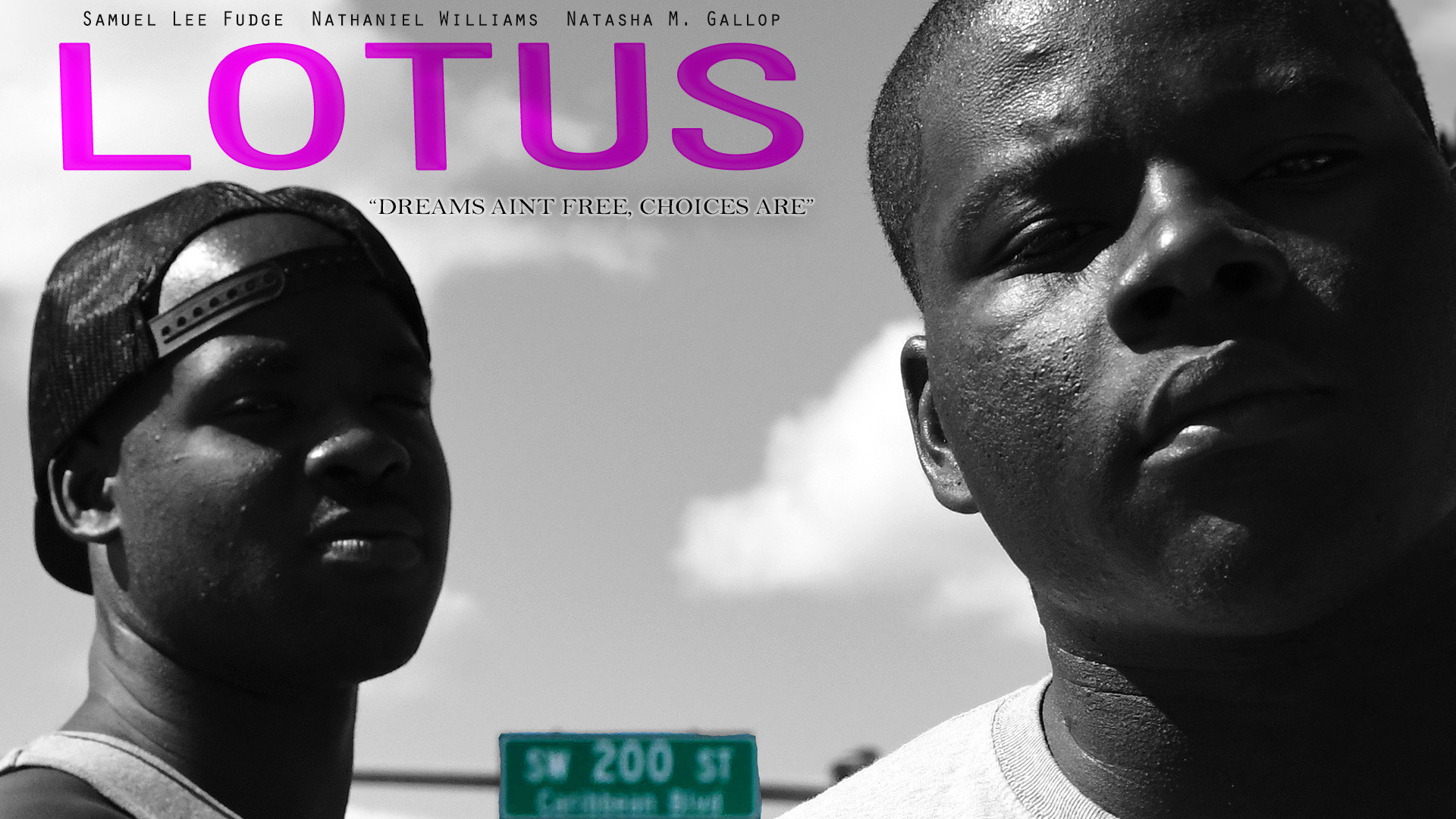 Two screenplay writers are making their dreams come true and forging their own lane by writing, acting, and producing their first film, Lotus. Miami natives, Nathaniel Williams and Samuel Lee Fudge, are the creatives behind the film.

Dream Lotus Productions, their production company, released the film this past September to exciting fan fair via social media.

The two describe their film Lotus as “for the culture.” The film represents what young adults go through while trying to navigate through life and having to make critical choices for themselves.

Lotus tells the story of a young Black man named Reed, played by Samuel Lee Fudge. Reed is faced with the ultimate decision of his young adult life: to attend college or succumb to the social pressures of his inner city reality?

Within its natrative, Lotus delivers a powerful and empowering message for young Black youth; inspiring them to discover their own self potential and to surpass bleak circumstances despite obstacles .

Director and writer, Samuel Lee Fudge highlights the film’s broad themes; noting that dreadful and uncomfortable circumstances are necessary for discovering self will and grit .

“Embrace growth, don’t be afraid to leave behind the things that hinder you from succeeding,” said Fudge.

The film’s message aligns with Fudge’s own personal experiences and philosophy. He suggests that obstacles and challenges are a necessary part of life’s struggles and believes, “Dark times are necessary” for self true self discovery.

“Lotus is about choices, choices that could make or break your future,” said Fudge.

Lotus is currently streaming on Amazon Prime. To view the film click here.

This a Hy-Lo News Staff Report

0 comments on ““This is for the Culture.” Miami Natives Release Debut Film, Lotus”