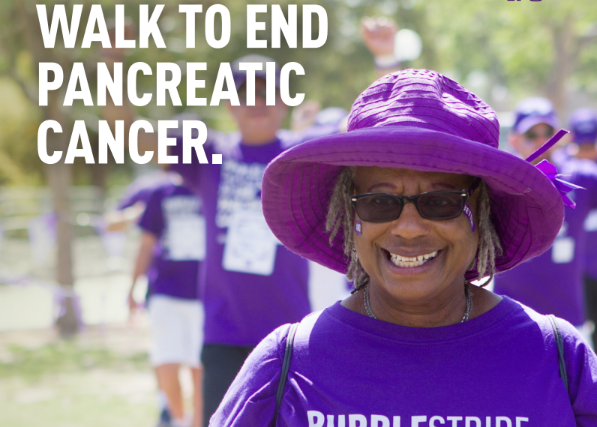 Pancreatic cancer is an aggressive and silent killer that will become the second leading cause of cancer-related deaths in the United States by 2020 – with only a 5-year survival rate of just 9 percent.

But, in the black community, the prognosis is even worse. Black Americans have the highest pancreatic cancer incidence and death rates out of all ethnic and racial groups in the entire country – up to 67 percent higher, according to the National Cancer Institute SEER data.

Recent studies have shown that this disparity in diagnosis among Black Americans is due to several factors not related to genetics, including socioeconomic circumstances and disparities in care. Overall, Black Americans are often diagnosed with late-stage, inoperable tumors – and are often less likely to receive surgery than any other group.

Despite these astounding and tragic facts, this is something that is often not spoken about publicly. However, the diagnosis of high-profile individuals such as local Congressman Alcee Hastings – who has been receiving treatment for Stage 4 pancreatic cancer since January – has begun to put a spotlight on this deadly disease and the havoc its unleashing in the black community.

Why is Pancreatic Cancer so deadly?

Pancreatic cancer in general is a sneaky and silent killer because in the early stages there are no symptoms. Even in the later stages when there are symptoms these tend to be non-specific, such as lack of appetite and weight loss, which are often dismissed. This leads to late detection and misdiagnosis. And by then, it’s often too late.

For Black Americans, this bleak reality is often compounded by the fact that there is an equity gap in health care. Here are some examples of how the equity gap affects Black Americans according to the Common Wealth Fund.

Pancreatic Cancer Action Network (PanCAN) is a nonprofit organization that is highlighting the discrepancies in pancreatic cancer incidence and death rates and working to ensure that people of all racial and ethnic backgrounds are aware of treatment options, including clinical trials, and have access to the best care.

It’s a matter of life and death that we start talking and learning more about this deadly disease and how its impacting the black community.

So, what help is out there?

PanCAN has a Patient Central network committed to providing all types of resources for people diagnosed with pancreatic cancer and their caregivers.

Patient Central can help you:

If you or a loved one has pancreatic cancer, contact Patient Central via 877-2-PANCAN or patientcentral@pancan.org.

How Can the Local Community Support People with Pancreatic Cancer?

0 comments on “Pancreatic Cancer is Silent Killer in the Black Community; What You Can Do To Beat It”