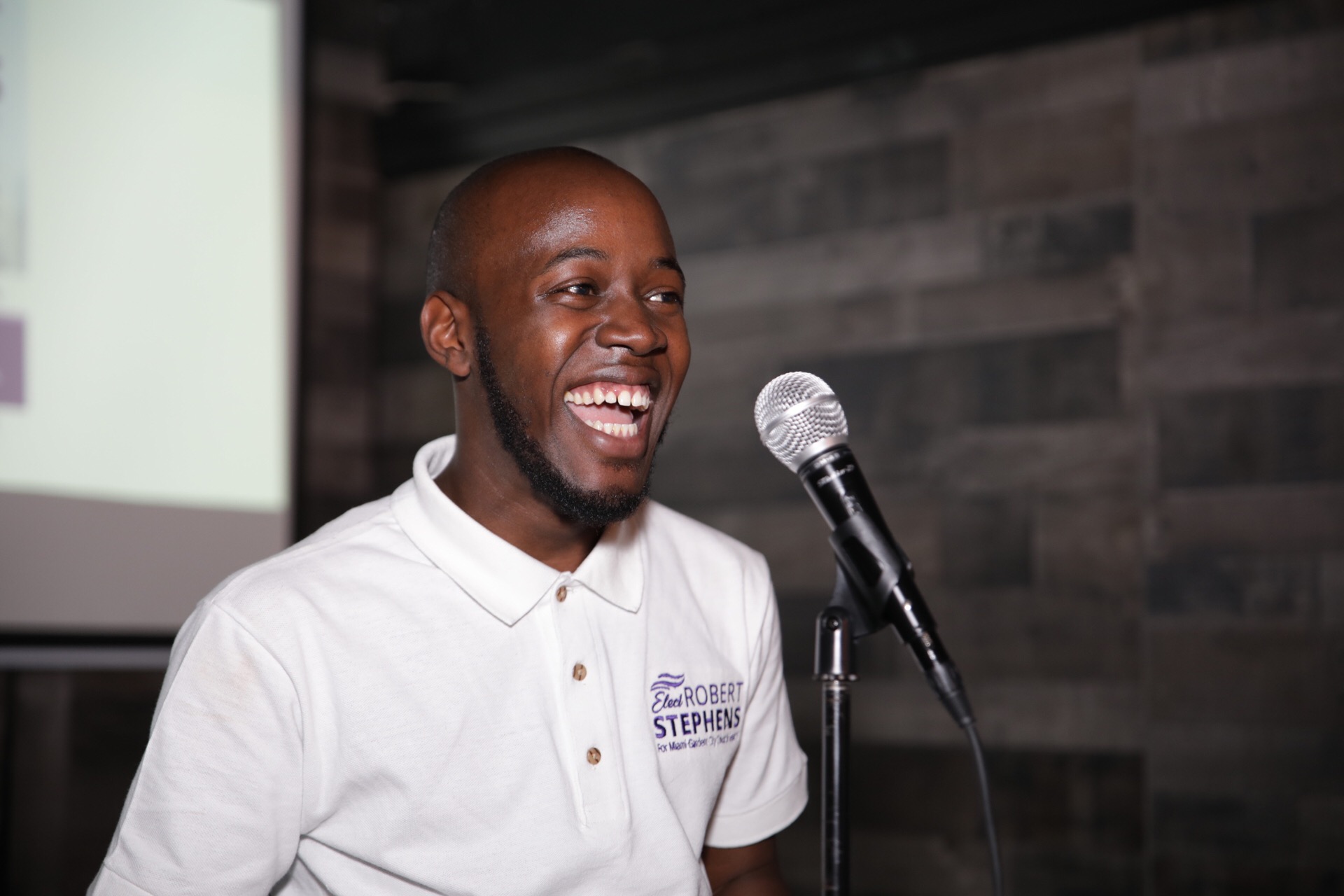 Senior Pastor of the Grace Center and long time youth advocate, Robert Stephens, officially launched his campaign  late last month. He hosted his kick off event at the popular Shuckin & Jivin restaurant’s Tea Room which is located in the district he’s running for office.

The campaign kickoff was standing room only– packed with Stephens’ residents, supporters, church members and work colleagues. Stephens led an emotional charge to embrace family and community, empower the youth, galvanize resources and close the informational gap about city government and its policies between the City establishment and senior citizens and millennials. As a millennial himself, Stephens knows the importance of keeping next generation both informed and a viable part of the process.

Well wishes were given through passionate testimonials and reflections from current Miami Gardens Councilwoman, Katrina Wilson, business partner, Dwayne Stewart, fellow pastor, Stephanie Russell, and many others. The resounding sentiment was that Stephens has been doing the work in his community for years, but the message was clear that the time is now for him is to take his advocacy, passion and commitment to a higher level.

The Kickoff was emceed by Cedric Dawkins and food was provided by Shuckin & Jivin, who treated attendees to chicken and red velvet waffles, southern style grits, bacon and powdered beignets.

During the event Stephens said, “I am excited for the opportunity to serve my community in a higher capacity, in order that I can help more and do more.”For more information about Stephens’ campaign, visit www.robertstephens2020.com.