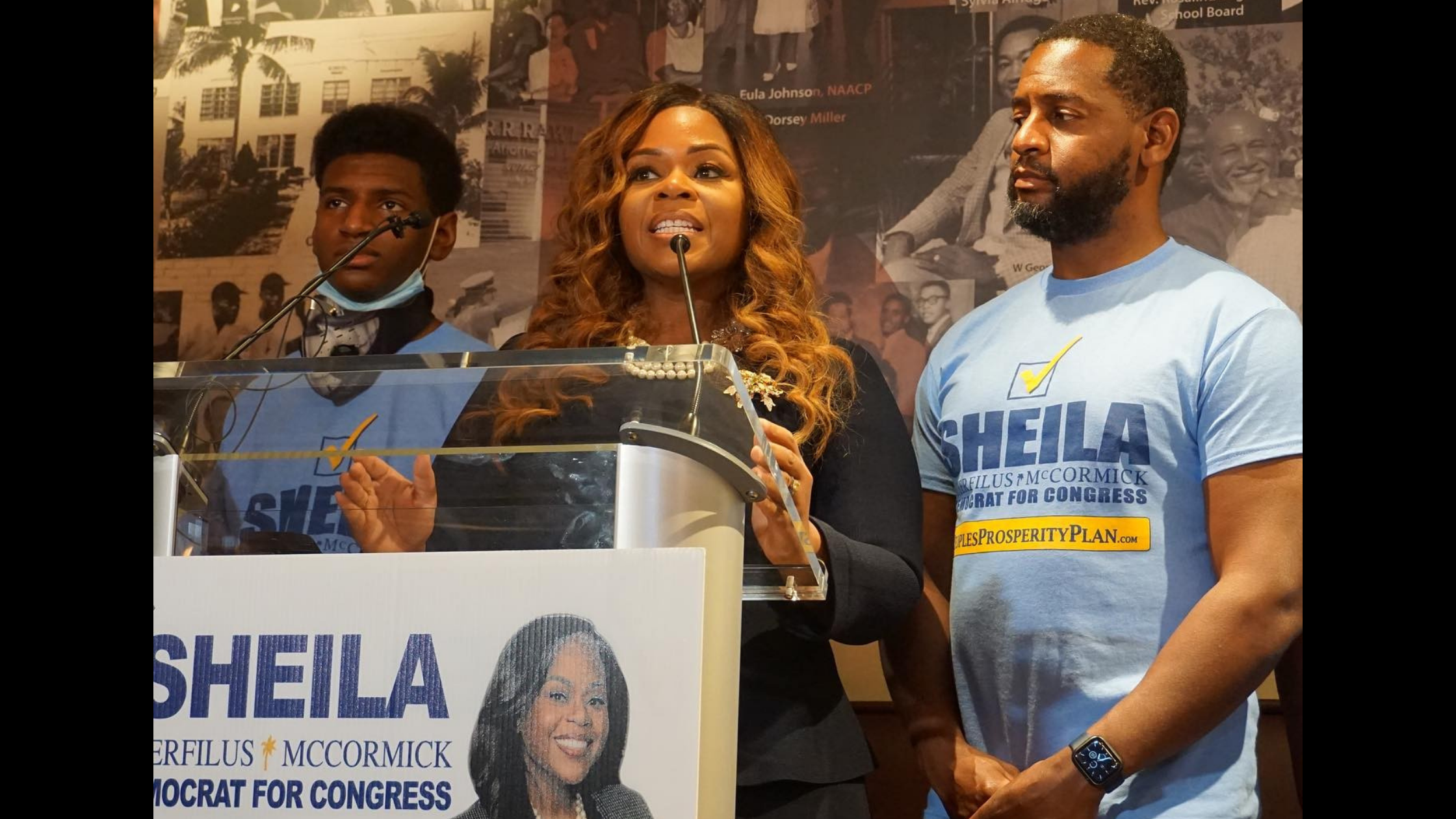 The 20th Congressional District includes most of the majority-Black precincts in and around Fort Lauderdale and West Palm Beach.

Cherfilus-McCormick is the first woman to hold the seat. It was previously held for eight years by the late U.S. Rep. Alcee Lamar Hastings. Hastings died from pancreatic cancer in April.

“There is no way I could ever fill his shoes, but I promise that I will wear my pumps happily,” Cherfilus-McCormick said. “And I’ll fight day and night with my heels… .”

Cherfilus-McCormick fought back tears as she thanked supporters Tuesday evening. She vowed to bring the community together and to create opportunities for constituents.

Check out a clip of her acceptance speech.