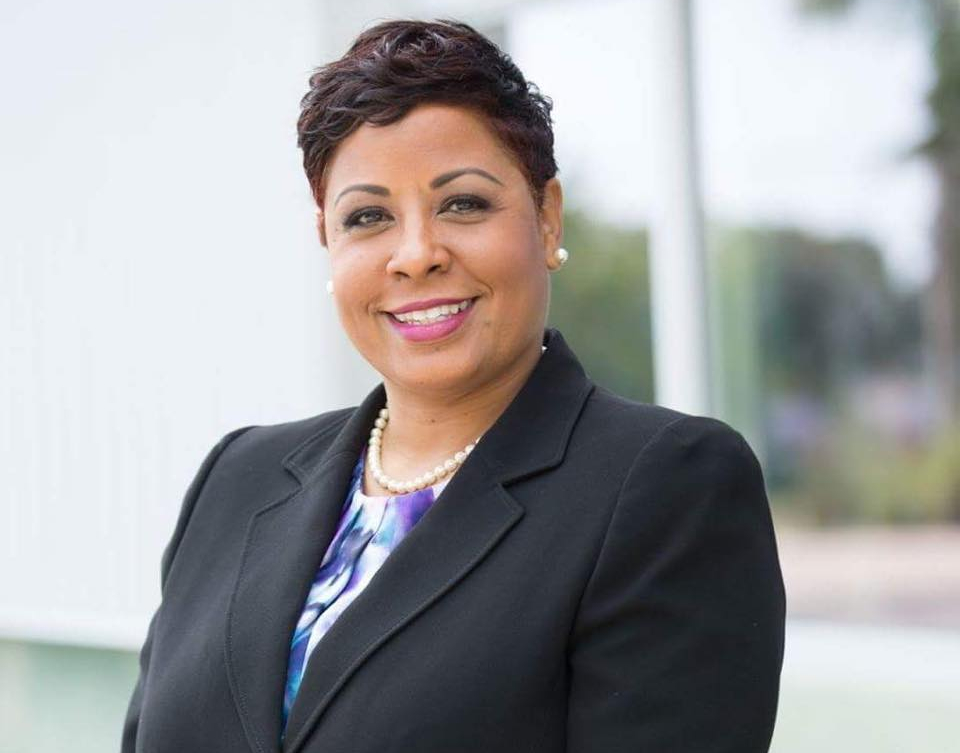 I thoroughly enjoy and respect what seems to be a greater upsurge of voters who value being informed and educated about the candidates they are electing.  They’ve lived through enough and are intimately acquainted with the personal impact that the wrong person in office has on their families and communities so they’re vested in knowing who the candidates are beyond the titles and political rhetoric.  They want to know about character, value systems, personal history, legal experience, service and how the candidate can best serve them.
I’m an open book because I understand how significant this election is.

Community and my service to it have always been at the heart of my life. It’s who I am, not a check off the campaign list.  I walk the walk of a true public servant for a reason.  So, let me share my story. As a young girl growing up in Chicago, I experienced the difficult biases that come along with having a Caucasian mother and a Nigerian father in the 60’s when interracial couples weren’t welcomed; neither were bi-racial children.  I never quite found that warm embrace with many people and grew up experiencing the sting of sneers, bullying and outright mistreatment because of a decision I had nothing to do with.  Early on, I had a decision to make; coward and shrink inward, or stand in the love, affirmation and identity my parents poured into me.  I chose the latter and began to immerse myself in community service and advocacy.  My heart was for the underdog, the broken and mistreated likely because I identified with them in some way.

In the 80’s, I volunteered in Chicago with Jesse Jackson’s Operation Push and spent many summers in Nigeria and witnessed the repercussions that a corrupt justice system had on such magnificent people. This developed a deep appetite in me for justice.  I converted that passion to action, later serving in nursing homes throughout my high school years in Ohio, then Missouri where I formalized my discipline to a legal path where I studied pre-law at Stephens College.  Afterwich, I moved to Miami for my studies at the University of Miami School of Law and have called this great city home since 1994.

What I love about this city is it’s texture.  The diversity is as breathtaking as the sun and palm trees.  The communities are strong and intermingled with first-generation immigrants, retirees, tourists and natives alike.  Everyone has a story and a threaded ownership in the tapestry of this great city that I’ve been serving for several decades now.

If elected, I will make history as the first African-American woman to win the bench with opposition in the circuit court’s 109 year history.  Not only will I bring the diversity in culture but in vast legal experience. I have been practicing law for over 20 years. I am a former Assistant State Attorney for the Miami Dade State Attorney’sOffice where I served in misdemeanor, felony and domestic violence units as well as Chief of Litigation in the Juvenile Division. For five years I served the Miami Police Dept as Legal Advisor and Instructor at the Metropolitan Police Institute.  Currently, in addition to operating my law firm in criminal/juvenile defense, family law and personal injury, I serve as an Attorney for the Office of Civil and Criminal Conflict, 3rd District of Florida, where I represent indigent parents who have been charged with abuse, abandonment, and neglect of their children. My goal is to keep families together by helping my clients learn better family life skills so that they can be reunified with their children. I have served on both the prosecutor and defense side and have served in four of the five main divisions of the circuit court.

A judge’s responsibility is to listen to facts, to hear evidence, to be fair and impartial, to apply the law, and to make a sound ruling based on the aforementioned factors. I want you to be heard. All citizens deserve their day in court. Listening from the bench will always be my priority because it fosters civility in the courtroom. Being a judge requires a certain amount of empathy, attention to the law, and focus on each case and issue within that case, which will undoubtedly serve the interest of justice.

I enjoy volunteering my time for various causes.  I’m a former teen court judge for the Miami-Dade County Teen Court which operates as a juvenile delinquency diversionary program. Further, I serve as a mentor and speaker for the 5000 Role Models and I am actively involved in the Women’s Breast and Heart Initiative. In addition, I am a former President and active member of the Gwen S. Cherry Black Women Lawyers Association and former board member of Legal Services of Greater Miami, Inc.

So, my question to you is, if you or your dearest family member had a court date, what would you look for in a judge?  Would you want someone with extensive trial experience?  Would you want someone who has walked with the community for decades not because they were following a politically paid strategy, but has authentic relationships and an intimate understanding of their every day issues?  Would you care that their choice to be a judge was deliberate with intentional investment in a diverse career in four out of the five main circuit divisions? How about temperament?  Have they demonstrated that they will listen, not talk over or down to you, dismiss you or treat you like another case number?  Would you desire someone who knows the law through trial experience and can decipher when discretion is appropriate?  Would you like to be respected, valued as a human being, and understood?


Whatever your decision is, I know it will be “on the side of right” as our beloved, late Rep. John Lewis stated.  What is right for the community of Miami-Dade county? Who will be compassionate, committed and fair to its people? I will.
I humbly ask for your vote for Circuit Court Judge – Group 55, #310.  Thank you for your kind consideration.  Should you have any questions or further detail, I’m just a phone call or email away at Nikeforjudge.com

This Op-Ed was written by Olanike “Nike” Adebayo, who’s running for circuit court judge – group 55. To learn more about her click here.

0 comments on “Olanike “Nike” Adebayo Shares Her Journey To The Circuit Court Bench; One That Can Make History”